In a ceremony JK Rowling would be proud of, the new P1 children were sorted into their Fort Hill IPS Houses of

In a scene reminiscent of Harry Potter, Mr Anderson gently woke the 'Sorting Hat' from its sleep to the amazement of the P1 children.  He called each child up to the front of the hall and placed the 'Sorting Hat' over their head.

After some careful consideration and a bit of magic, the hat made its announcement and the pupil was welcomed into their

Once all of the pupils were sorted the hat quickly fell back to sleep to wait for next years new intake. 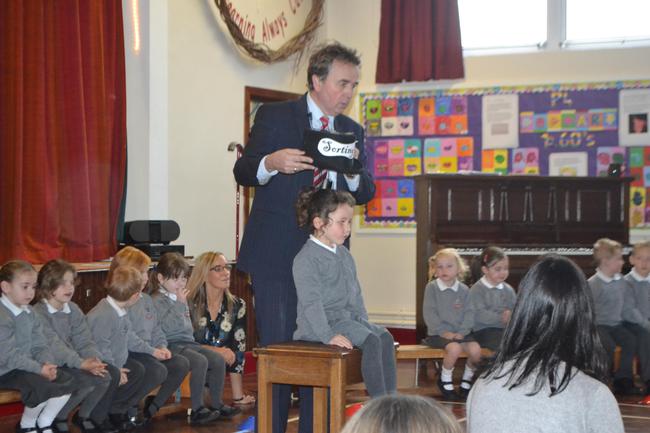